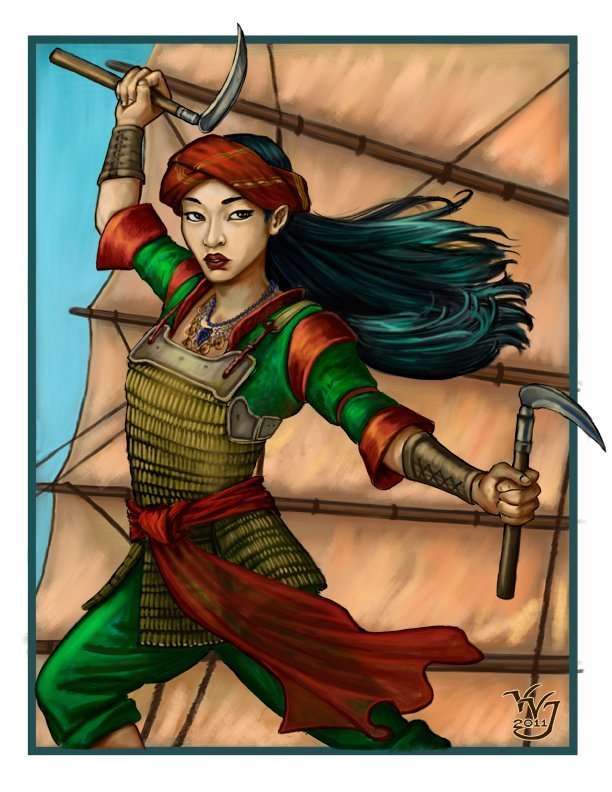 Conventions are a wonderful opportunity to “make new friends and keep the old” as the song says, networking with potential clients, artistic peers while meeting fans and making friends. One of the nice people I’ve had the pleasure to do con sketches for followed up and commissioned a private piece.  This is based on a Legend of the Five Rings character he used to play.  This was originally to be a color figure with no background, but there was too much potential in the early stages of the sketch to not add in the sails of a Japanese junk.